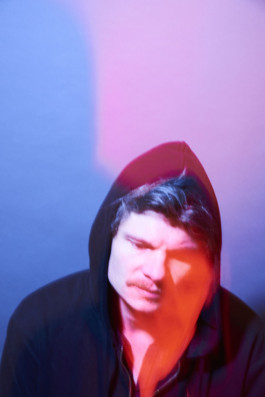 "Strike while the iron is hot" could be the motto of this artist; the Stakhanovist, autodidact multi-instrumentalist; co-founder of leading bands on the French scene, such as Oiseaux-Tempête, FOUDRE!, Le Réveil des Tropiques, The Rustle of the Stars and FareWell Poetry; photographer, curious and inquisitive in surveying the world he travels, and the nights in which dreams, nightmares, feasts and utopias are buried.

The work of Frédéric D. Oberland finds itself at the crossroads of image and sound, favouring a kinaesthetic approach. He articulates different modes of narration, combining the raw character of the documentary form with the transfigured reality of myth and poetry, allowing him to question notions such as the sacred, the monstrous, the fraternity, while at the same time returning to the political news of the present.

Attentive to the pulse and beat of the body, his music owes in equal measure to the repetitive music, the minimalism of the post-war period (Terry Riley, Charlemagne Palestine, Arvo Pärt), to the formal liberty of free-jazz, to the electro-acousmatic researches and to the immediacy of the energetic punk or no wave (Sonic Youth). His soundscapes are willingly itinerant, modulating between the ripples of dreams, watching the points of incandescence and the bursts of electricity that act as revelations of our presence in the world, here and now, its mystery and its violence...

Two years after PEREGRINUS UBIQUE, conceived as the musical counterpart of an exhibition of photographs made for the Jitterbug gallery in Paris, Oberland has created LABYRINTH as his second solo album. It appeared in 2018, on the label he founded with Paul Régimbeau (aka MONDKOPF), NAHAL Recordings, sister structure of the electronic label In Paradisum (Low Jack, Run Dust, Saåad...).

The six tracks that make up LABYRINTH essentially represent the recorded music for the installation with Jules Wysocki (transformed drums, feedback, sound spatialisation) and Pamela Maddaleno (voice). These are marked, horizontally by the labyrinthine structure, a claustrophobic space condemning the desire to wander, and vertically by the Dantesque anabasis and catabasis, pierced from one end to the other, and heard as an opening prelude. Oberland revives this conception of artistic work as a place and an experience. "Ed Ecco Il Locco" warns the narrator of Hell, at the start of the last song, to indicate that here comes the ultimate term of the journey, the revelation of his heart, along with his most terrifying visions.

It seems that Oberland has endeavoured to create musically two of the dearest ideas of Georges Bataille. The electric squalls, the supersaturated and nauseous stridence that sometimes recall the frequencies of KRISTALLNACHT by John Zorn and Marc Ribot on "9th Circle / 4th Zone". Or, in turn, the slow tempi, thrown with crashing outbursts on spaces without refuge seem to hark back to the Battalion question of limit, by bringing the listener to areas of discomfort that resemble a test of fire: that which Foucault, commenting on Maurice Blanchot, defined as the confrontation with what a "civilization (...) reduced to destruction, to emptiness and ashes, with which she could no longer survive. " 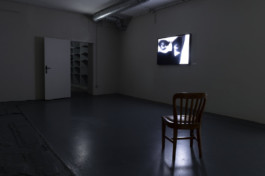 But this question of the limit resurfaces in an equally relevant way in the central, suspended, seemingly softer beaches, dedicated to "Tears of Minos". This disturbing and ambiguous melancholy of the one who has freed himself from all limits because he has experienced them, and which continues with the sinuous melody of "Abyss", is just as much that of Dante's Lucifer Trismegistus., evoked in song XXXIV, weeping and drooling the torture on the lips, than this figure of Bataille, "the extreme of what is possible", this point where "a man, having stripped of lure and fear," so far that we can not conceive of an opportunity to go further. " The music, willingly meditative, seems to give way to reflections (those few scattered piano notes, the movements of compression and expansion of a heartbeat) which express the profound ambivalence and reversibility of these figures of knowledge, transgression, sacredness, ecstasy and dread.

Finally, Frédéric D. Oberland seems to have been sensitive to the metaphor of the runoff of the world and beings, developed in the Inner Experience. Movement and entanglement of forms, identities and focuses of our existences that nothing can fix, that flow in time, are answered in the liquid sounds of field recording, tintinnabulation of percussion, or the words of Dante, themselves the same, which, in a language that is both strange and familiar at the same time, is hoarse and soft, only the oral, labial or liquid consonants whispered in French by the Italian Pamela Maddaleno. These appear in chaos like so many Ariadne's threads, fragments of clarity and freshness, like the streams that Dante brings to the surface, leaving the one that comes out of the underground, from the bowels of the earth, to the contemplation of the star and the peaceful spectacle of infinite spaces.

Oberland delivers here a dense, compact and intense work, among the most audacious and radical of his career.