After releasing two albums on Hands in the Dark in 2019 and 2020, Ben Shemie continues his solitary sound explorations, amidst his work with SUUNS, unclassifiable Canadian band blending krautrock, drone and electronic explosions for more than ten years. His 303 Diary, sonic journal composed during the few blurry months we now call the “first lockdown”, is based around the TB-303, mythical synth and sequencer that conjures up both acid house and Detroit techno. Fascinated by this instrument, which was key in the development of certain electronic music genres in the 1980s and 1990s, Ben Shemie delivers his own vision of it: distorted, deeply poetic and full of life.

For lovers of travel, encounters and the unexpected, the lockdown imposed by a worldwide sanitary crisis could not be received otherwise than with frustration. A tightened framework where artists had to face solitude and doubt. For Ben Shemie, the adoption of a new companion marked the beginning of a project, inevitably linked to his environment, in frenetic mutation.

“I wrote this music in Paris over the lonely months of mid 2020 during varying degrees of confinement, quarantine, and uncertain times. I was mostly in my flat with my girl, fighting to stay motivated and not lose faith. Far from Montreal, my closest friends, my family, and my band. I decided to buy a 303 synth, which I've always wanted. As one of the most iconic sequencers of all time, it has appeared on some of my favourite releases and is the backbone of acid music, the Detroit techno scene (my favourites) and some of the freaky Aphex Twin jams that were my first introduction into electronic music. To be honest, its a 'fake' 303. Its not the original Roland TB­­-303 from the 1980s. I can neither afford, nor care to own vintage gear like that. Like most of the electronic gear I use, its cheap, its an approximation of something legitimate, and it borrows a lot from my guitar roots, where I own a lot of random effect boxes. I didn't start writing this music as a diary. I wrote it because composition is somewhat of an addiction.” – says Ben Shemie.

Filled with a psychedelic energy, the five tracks of 303 Diary, recorded at the end of Summer in just six hours in Montreal’s Hotel2Tango with the help of Radwan Ghazi Moumneh (Jerusalem in My Heart), navigate between liquid melodies, aerial moments and robotic voice effects. An intoxicating pop full of madness, where senses are tickled by the irresistible acid riffs of the TB-303. For the first time, Shemie invites a musician to join him. Didem Başar brings her touch of kanun – traditional zither heard in the Middle East, North Africa and Central Asia – on the track “Didem” where the fury of Western electronic music meets the untouchable beauty of oriental plucked strings. A dialog he enjoys including in his projects since many years, be it with SUUNS or solo. This EP is also a place of experimentation on the voice, which becomes an instrument like any other, pitched, coated with effects, muffled, sometimes tangled in the layers of synths. As with his previous albums, 303 Diary is the occasion for Ben Shemie to deliver a deeply personal and curious project, centered around performance, where urgency and intimacy open a gate to new horizons. 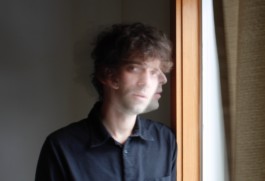